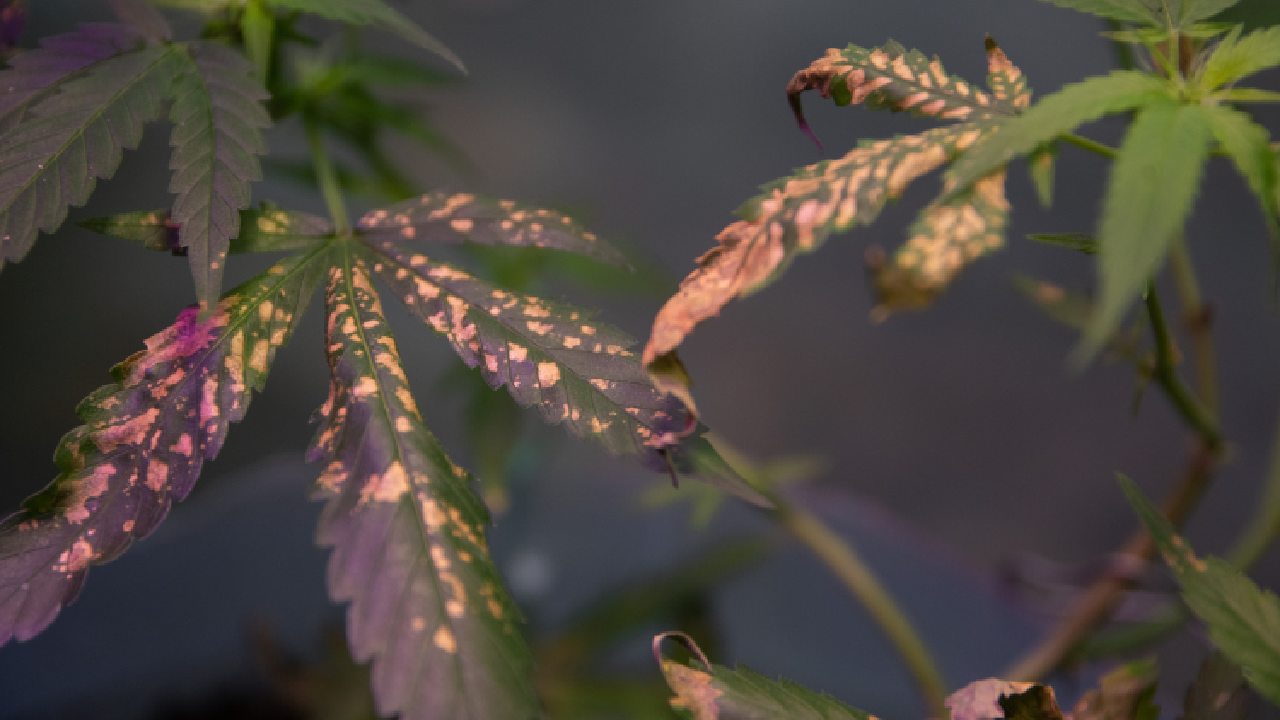 Nipping It In The Bud: Non-Destructive Detection & Monitoring Of Mould On Cannabis With Hyperspectral Imaging

The Australian legal cannabis industry is valued at over USD 50M and is slated to increase by 30% each year until 2030. But like all relatively new industries, its growth hasn’t come without a few teething issues.

Mould growth has been a persistent problem in cannabis populations. Not only can it reduce viable yields, but common testing methods are cumbersome and destructive.

With that said, hyperspectral imaging is a technology that is making waves in the cannabis industry. Read on to learn how its non-destructive detection is a faster and more cost effective solution than any of the alternatives.

How does Mould Impact Cannabis Growth?

Mould can be devastating for cannabis growers and sellers. It can seriously affect the appearance and texture of cannabis, both as a live plant and dry bud, which therefore reduces its value.

Worse than that, mould can cause allergic reactions and even death when ingested or inhaled. Given the medicinal marijuana market makes up the majority of legal cannabis demand, this is concerning. People who take medicinal marajuana for chronic conditions are often more susceptible to the effects of mould.

Like with any crop, mould can quickly ravage plant populations without the grower knowing before it is too late. Mould spreads before it becomes visible to the naked eye. Without proper testing, it can be difficult to nip it in the bud.

What are the Current Mould Testing Methods?

There are three commonly used methods for testing and detecting mould in cannabis populations.

To test a cannabis gas chromatograph (GC), samples of both fresh and dry buds need to be carefully removed, packaged and sent to a third party lab. There, the samples are then heated and the chemical composition of the gases they produce are analysed.

This method is time consuming, and is more suited to identifying the quality of the cannabis, not necessarily the presence of mould. The sample is also destroyed in the process.

High-performance liquid chromatography (HPLC)  also requires samples to be removed, packaged and sent to the lab. It mainly differs from GC methods because it uses a liquid solvent to separate the components of the sample, rather than a gas.

HPLC is another time consuming method due to the process itself, but also the lab turnaround time. Similarly to GC, it also destroys the sample. Given samples only test a single plant, not an entire population, if you want to scale your analysis to include multiple plants, the destruction of further samples will eat into your revenue.

SPRS only needs to be calibrated with a direct measurement of a cannabis sample once, and then it can be used to indirectly measure samples. This is a marked improvement over GC and HPLC, as it doesn’t destroy samples and can achieve real-time results.

The issue is, it can still only measure individual samples at a time, which then need to be extrapolated to predict the characteristics of the larger population.

All three of these solutions fail to test large enough sample sizes quickly, and are more suited to evaluating the quality of the plants themselves, rather than the presence of mould growth.

What is Hyperspectral Imaging?

Hyperspectral imaging is a way of seeing a material in more detail. The human eye isn’t capable of seeing much of the colour spectrum, which means we lose a lot of detail. This becomes more true the smaller objects get.

Hyperspectral imaging captures a much wider light spectrum, fine tuned to the point where any tiny variation on the surface of a material will register with its own signature.

Variations can be caused by changes in size, shape, colour and chemical composition. When analysing cannabis plants and buds, mould spores, even at minuscule sizes, will be revealed through hyperspectral imaging as a different colour to the sample itself.

Why is Hyperspectral Imaging Ideal for Mould on Cannabis Detection?

Other than its high accuracy, hyperspectral imaging also has several other advantages when testing for mould on cannabis.

Hyperspectral imaging is non-destructive. That means no samples are unnecessarily damaged or destroyed in testing. It also means samples don’t have to be removed and prepared, which saves time.

The biggest issue with the SPRS method is the need to test individual points of the population and then assume that data is indicative of the wider population’s health. Hyperspectral imaging avoids this problem by capturing large-scale samples and ensuring heterogeneity across the results. This can be achieved by securing the MV.X over a belt system.

Hyperspectral imaging avoids costly time delays when sending samples to the lab. Instead, its results occur in real-time as samples are being taken. This also allows you to act more quickly and decisively if mould growth is detected.

The best commercially available hyperspectral imaging sensor is the Headwall Hyperspec MV.X. The device is robust and is ideal for line scanning. It uses an image slit that collects reflected light and takes an image every time a row of pixels passes, creating extremely detailed image profiles.

A recent study conducted at Headwall Photonics with a Hyperspec MV.X tested four unique strains of cannabis. One of them had mould growth, the other three had been previously confirmed to be mould-free.

While the Headwall Hyperspec MV.X is proven to be successful for identifying mould on cannabis, it is also useful for a range of applications across agriculture and food processing industries.

Portable Analytical Solutions (PAS) is a distributor of Headwall products, including the MV.X. If you’d like to inquire about purchasing this product, get in touch today.