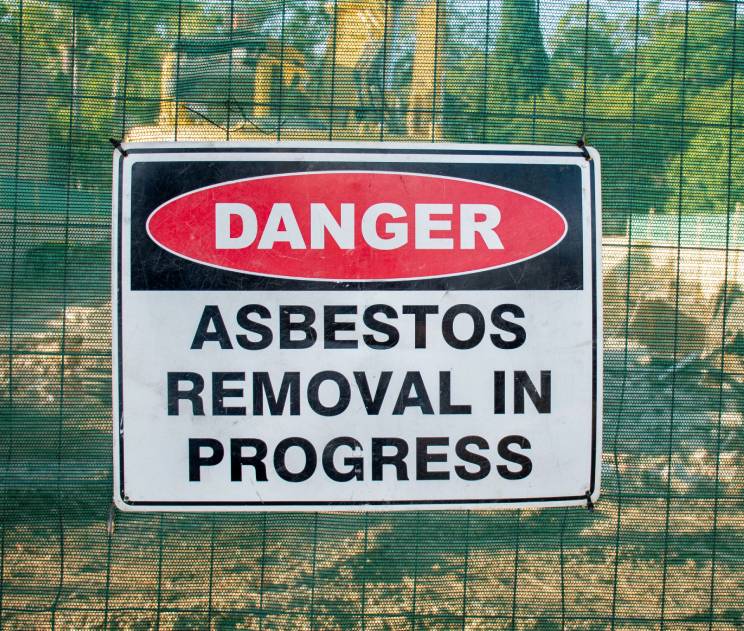 While Mr Fluffy sounds like the name of a lovable pet, or a kid’s teddy bear, the truth isn’t something to be happy about.

Read on to find out about the dangerous nature of Mr Fluffy and loose fill asbestos insulation.

What is Mr Fluffy?

Mr Fluffy was a form of insulation used widely in Canberra and parts of NSW in the 1960’s and 1970’s. This ‘wonder’ product was cheap and effective – and too good to be true.

Its main advantages were that it was light-weight, easy to install, and could be ‘blown’ into cavities where it would settle and create a thermal barrier. This method was called loose filling, and could be used to insulate difficult-to-reach areas.

As a loose fill product, Mr Fluffy was made of raw asbestos fibres that weren’t bonded together. This allowed them to separate and then settle into small areas, hence the ‘settling’ effect. Unfortunately, this settling effect is the main reason that loose fill insulation is so dangerous.

Asbestos becomes harmful when inhaled. As the loose fill asbestos fibres settle they can fall through the roof cavity into the living space. Also, even if extracted, it is almost impossible to be certain that all fibres have been completely removed from a home.

When was it Banned?

Eventually the health risks of asbestos were publicly recognised and companies were banned from installing  Mr Fluffy in the late 1970’s. Unfortunately, by then many people had been unwittingly living in contaminated homes for years.

In the 1990’s the Australian government removed Mr Fluffy from a large number of homes. Many families continued to live in homes which had undergone this removal process.

The problem is, in 2014 studies found that even homes that had been ‘cleaned’ were still dangerously contaminated. While the bulk of the fibres had been removed, the ones that had settled into crevices still posed a serious threat.

It is now mandatory for Mr Fluffy homes to be listed on a register. The problem is that it’s hard to know how many there are. Over 1000 homes are known to have been contaminated, with 45 remaining on the register, and the rest being demolished.

Further complicating things, Mr Fluffy was sold directly to customers in sacks for DIY installations, and other partner companies also used it, so records of these homes are particularly incomplete.

It’s also important to mention the existence of the Loose Fill Asbestos Voluntary Purchase and Demolition Program, which involves the government purchasing and demolishing loose filled asbestos insulation homes. If you are demolishing or renovating a home and find this form of asbestos, you may need to stop so that the owner can assess their options.

How Can You Identify Loose Fill Asbestos Insulation?

For anyone in the construction industry, when renovating or demolishing a house from the 1960’s and 1970’s it is important to have a reliable screening method. This protects the health and safety of your team, and also prevents unexpected asbestos finds from halting work for longer than necessary.

There are two ways to screen: invasive laboratory testing or with a Near Infra-Red Spectroscopy (NIR) tool.

Invasive lab testing involves securing a sample of the suspected asbestos material and sending it away for laboratory testing. Because loose fill asbestos fibres are friable, meaning they are easily disturbed and made airborne, testing safely is a slow and detailed process.

The tester must wear complete protective gear, as well as covering any indoor surface where fibres made airborne by the disturbance could settle. They also need to wet the sample before collecting it to limit friable fibres being dislodged. The sample must then be sealed and the tester needs to thoroughly clean themselves.

This process must be completed by a professional. Wait times from the initial call, to getting the results, will take days.

If the test confirms the presence of asbestos, it will have been worth the wait. But if it produces a negative result, you will feel frustrated that you lost days of productivity for what was ultimately just a precaution.

The microPHAZIR AS solves this problem. Don’t halt your project for days unnecessarily. The microPHAZIR AS is a non-invasive tool that can screen for asbestos in just 10 seconds. Save hours spent on the sample taking process and get a result immediately.

The vast majority of homes don’t contain loose fill asbestos insulation. With the microPHAZIR AS you can keep your projects moving, and your team and workplace safe. If the test comes up clear you can resume work, and if it does identify asbestos, the ‘point-and-shoot’ function means your team can limit their health risk by taking a limited amount of physical samples for the laboratory to verify.

Learn more about the MicroPHAZIR AS.