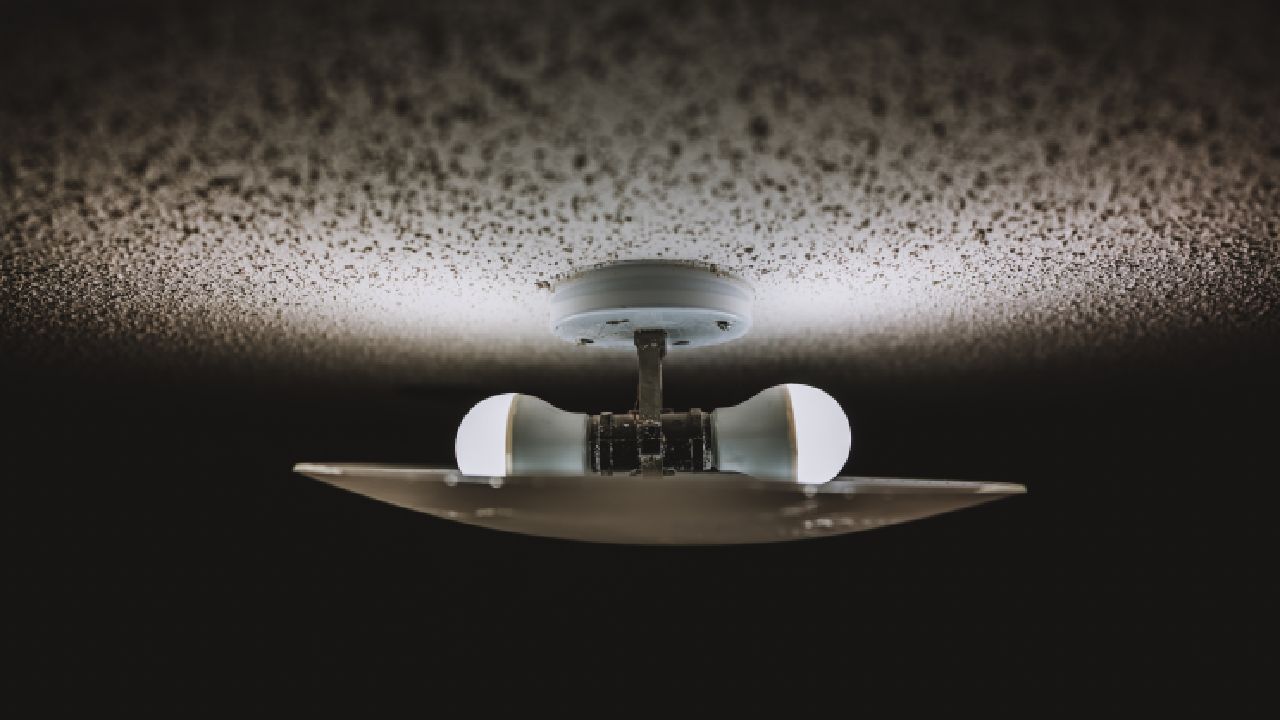 ‘Popcorn ceilings’ are a common feature in homes built between the 1950’s and the 1980’s. In the years since, they’ve gained a reputation for containing asbestos.

If you work in the construction industry and are regularly encountering popcorn ceilings, you may be wondering if these rumours are true.

What is Popcorn Ceiling?

Popcorn ceilings get their name from their resemblance to the popcorn that you would buy from a movie theatre. The popcorn appearance is due to a spray, often made from vermiculite, that would be used as a finishing texture on ceilings.

It was popular with builders because it could mask imperfections, while homeowners appreciated its sound-proofing and fire-resistant qualities.

Unfortunately, vermiculite often contained asbestos, which meant that people were unknowingly introducing asbestos to their homes.

Asbestos is a natural mineral that was commonly used in construction in Australia from the 1940’s until the late 1980’s. It was eventually banned once the severe health effects from inhaling fibres were discovered.

Read about the dangers of asbestos here.

A common misconception about asbestos is that just by standing near it you are in danger. What this doesn’t account for is the need to actually inhale fibres. Undisturbed asbestos is safe. In fact, the cheapest way to deal with undamaged asbestos is to simply leave it alone.

The problem with popcorn ceilings is that due to their uneven surface and tendency to ‘crumble’, they are more likely to be accidentally disturbed than other applications of asbestos.

Do All Popcorn Ceilings Contain Asbestos?

In 1978, new popcorn ceiling materials were legally required to be made with paper fibre, but manufacturers were still allowed to sell their remaining stock. This means asbestos could still be present in popcorn ceilings installed in the 1980’s.

So, does this mean that the rumours are true and all popcorn ceilings contain asbestos?

If a popcorn ceiling was installed between 1950 and 1980, the chances are fairly high. Post-1980, while it is still possible that a building contains some of the left-over asbestos stock, it is unlikely.

Fear about asbestos became rampant once the harmful effects were discovered, and given manufacturers and installers were the most likely to be affected by it, its use dropped off very quickly.

The type of material also dictates the chances of asbestos being present. Vermiculite was usually made up of between 1-10% asbestos fibres. Even at 1%, the threat of asbestos needs to be taken seriously.

Alternative materials like styrofoam and cardboard were less common, but are also much less likely to contain asbestos.

So while not all popcorn ceilings contain asbestos, the chance is high, and it is worth testing to be sure.

How to Find Out if a Ceiling Contains Asbestos?

The most common way to test for asbestos is to scrape away a sample of the popcorn ceiling and send it to the lab. While professionals can do this safely, there is always an inherent risk associated with invasive asbestos testing.

Any damage to the surface can create harmful dust particles. Protective gear must be worn, and the dust must be collected after the sample is taken. If the test takes place over a carpeted area, a plastic sheet should be laid down to prevent particles from being caught in the carpet.

To get an accurate assessment, samples should be taken from multiple points in the popcorn ceiling, meaning this cumbersome process needs to be repeated multiple times.

Finally, the sample must be sent, analysed, and the results forwarded back before work can proceed.

While necessary, the time it takes to complete a test and wait for the results can seriously delay a project.

If you are in the construction industry and are regularly having work grind to a halt because of asbestos, you need the microPHAZIR AS.

Right now the two things slowing you down are time-consuming safety measures and lab turnaround times . The microPHAZIR AS solves both.

The microPHAZIR AS is a non-invasive screening tool. Using Near Infra-Red Spectroscopy (NIR) technology, it can identify the six main types of asbestos in just 10 seconds without having to remove a sample.

With its ‘point-and-shoot’ function, simply aim at the popcorn ceiling and receive an accurate reading. In mere minutes, you can analyse multiple points of a ceiling safely, accurately and then choose which sample area to send to the laboratory for verification. The microPHAZIR AS is the superior tool for keeping your projects moving, and your team and workplace  safe.

For more information, check out the MicroPHAZIR AS.