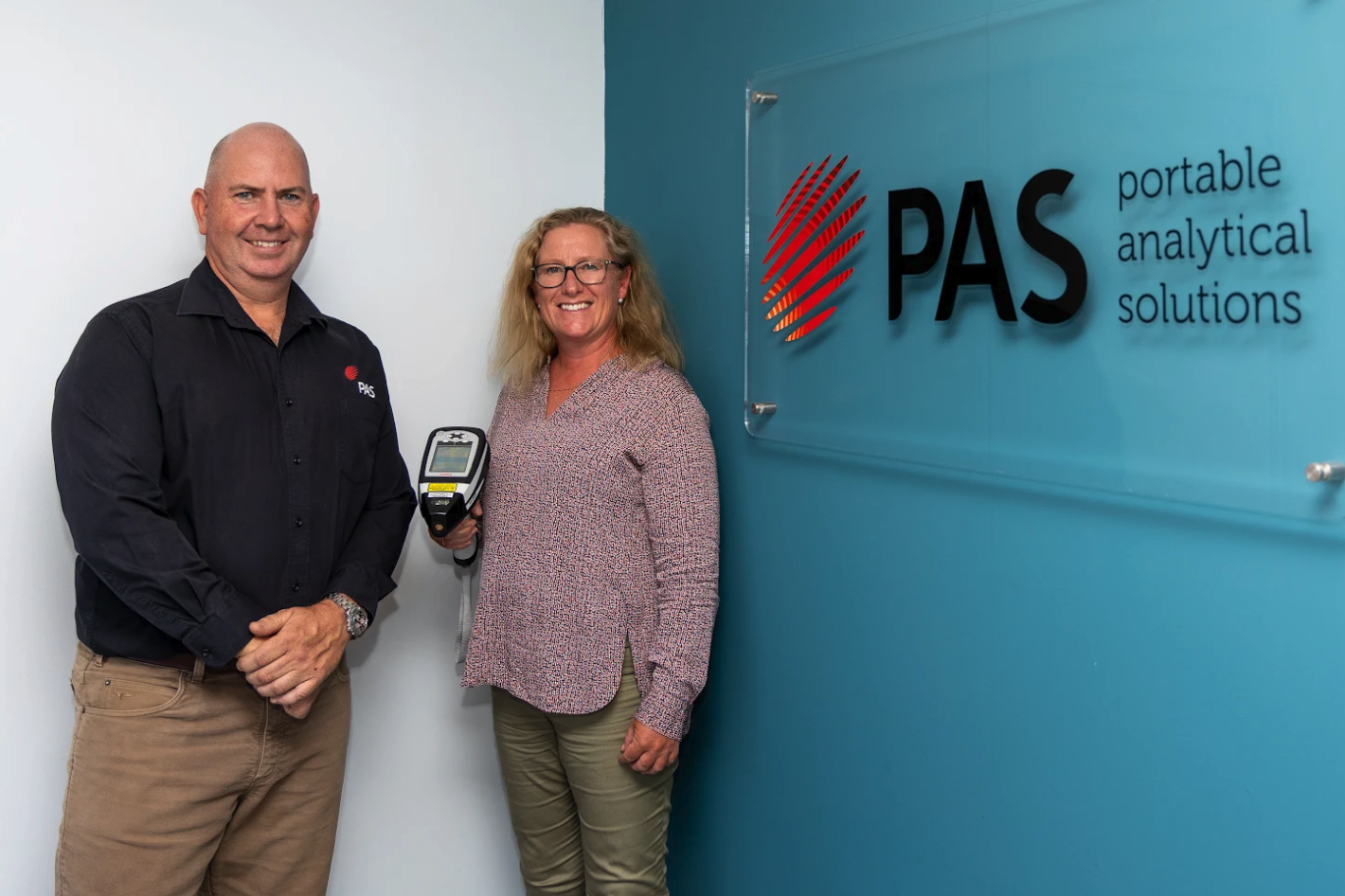 PAS is one of only five companies to be awarded this grant from the Federal Government. They will be attempting to develop technology that solves the long and time-consuming process of asbestos identification.

Asbestos is still a major ongoing issue in Australia. It is estimated 1 in 3 homes are still being affected nationwide. In fact, asbestos waste has continued to increase since 2006 with over 1.3 million tonnes of waste containing asbestos being disposed of in 2019-20. (Asbestos waste data in Australia)

Every year in Australia, there are an estimated 4,000 deaths from past exposure to asbestos. That’s twice as many people as road deaths.

There are currently no approved methods to quickly test and identify Asbestos. Material samples must be sent to laboratories for testing and analysis to determine if asbestos is in the material. This process often takes days and potentially over a week for results.

The result of this is Asbestos remediation can be slow. Sites exposed to asbestos can be shut down for extended periods while waiting for test results. Having major financial and public health impacts.

A real-time solution will allow for immediate identification of materials so the site can be made safe and correct containment procedures used.

The Federal government has put the challenge to industry to develop a solution to this National and International problem.

As a local technology company, PAS has been supplying and enhancing portable scientific instrumentation with a range of technologies and industries for over 12 years. Based on the Central Coast of NSW.

They supply a range of scientific analysis devices. Many of their devices are used in Mining, Defence, Heavy Industry, Environmental and Agriculture.

PAS has received this grant to further develop existing technology to solve the asbestos issue. By enhancing Near-Infrared technology (NIR), testing for asbestos will be enabled through a handheld device that delivers accurate results in a matter of seconds.

Their Managing Director Paul Martin has over 20 years in the industry and previously worked in the US as a Solutions Engineer for one of the largest scientific equipment companies in the world.

“By initiating this grant, the Federal Government is acknowledging the significant ongoing issue of asbestos. Particularly the issue of delayed identification of asbestos material which has a significant cost to industry and public health.’ Paul said.

Paul is confident they will be able to develop a solution to this national issue. “With the MicroPhazir we have already been able to calibrate it to successfully detect asbestos. In fact, we can already detect the 6 forms of asbestos.”

What this grant allows us to do is test more samples, refine the software algorithms and further calibrate the machines. This will improve the accuracy of the devices and ensure they meet Australian conditions.”

The enhancement of this technology could also have International applications. The lack of an approved rapid asbestos identification is a worldwide issue.

“Australia is one of the leading advocates for Asbestos awareness and eradication in the world. As we solve one piece of the challenge here, we’ll then be able to take this solution to the world.” Paul said.

If PAS is successful in developing its solution it could mean great employment opportunities for the Coast. They will need to expand facilities and ramp up service capabilities to distribute locally and internationally.