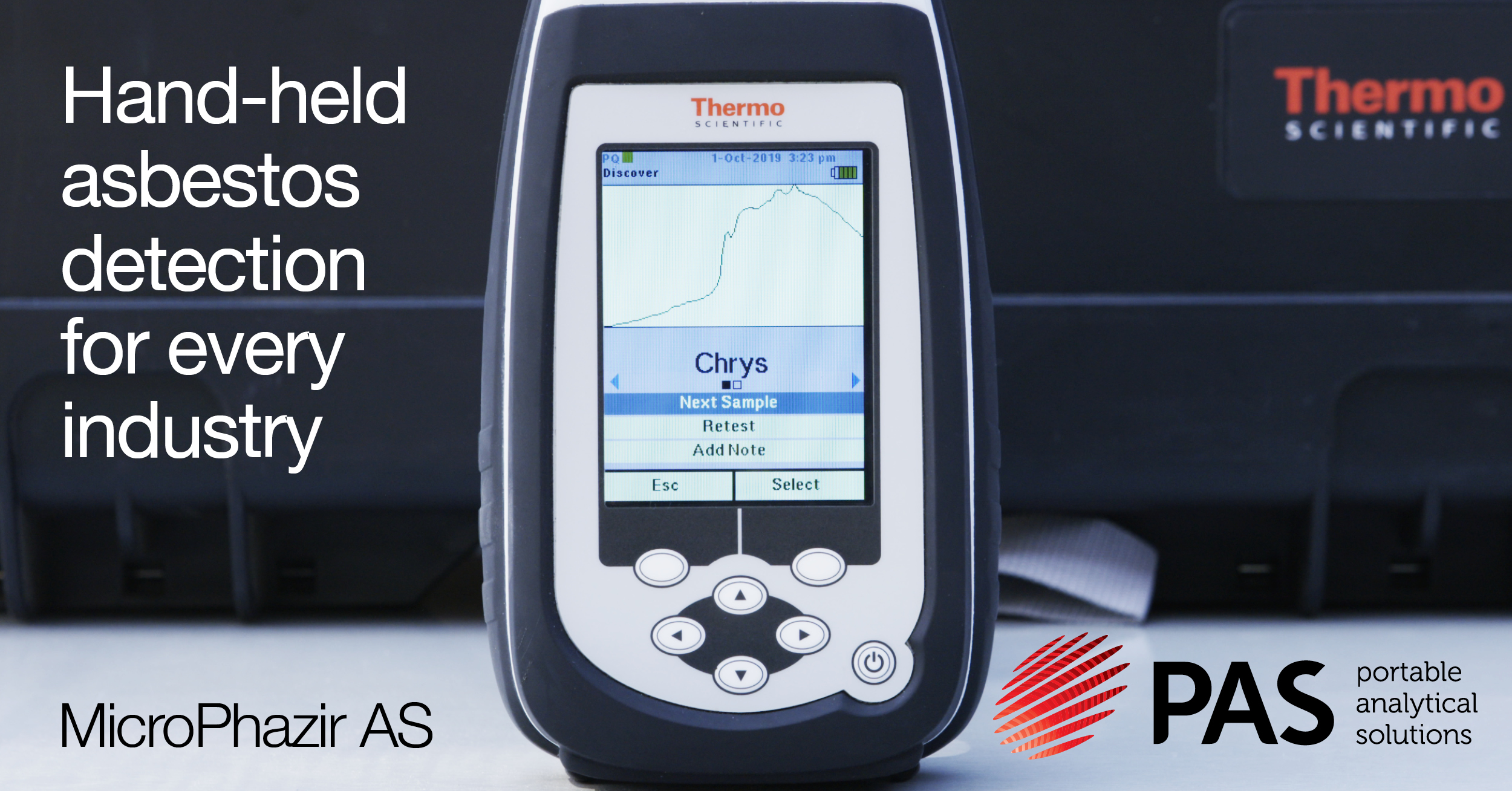 Portable Near-­Infrared (PNIR) spectroscopy has been effectively and reliably used to measure minerals in a wide variety of samples. The identification of Asbestos Containing Materials (ACM) is possible by PNIR and as such, the performance of the products and the results generated are of great interest to industry. Comparing results obtained via laboratory ­based PLM­DS technique and that of PNIR is key to demonstrating the performance and improved capability of these portable instruments.

Current industry standards for measuring ACM requires a portion of the sample to be removed from its location and sent to a laboratory for analysis by Polarized Light Microscopy with Dispersion Staining. Although this is an accredited method, there are several technical challenges to PLM including, but not limited to the technical skill of an operator to interpret what is being visually seen, that it can only detect 3 types of asbestos accurately adding to the time delays on getting results back from the lab.
However, measurement of ACM by PNIR allows for the detection of 6 regulated asbestos minerals including chrysotile, crocidolite, anthophyllite, tremolite, actinolite and amosite, meaning a high chance to correctly identify the presence of ACM if contained in the sample. The PNIR is simple to use as in most cases the samples are not required to be removed from the site and testing times of approximately 6 sec, allows for a rapid in­situ screen of possible ACM material.

Two (2) Version 5 ThermoScientific microPHAZIR AS Spectrometers were used by trained operators to analyse a total of 49 mixed origin samples. These particular samples were chosen as they are used in the NATA laboratory round­-robin proficiency testing programme and were accessed for analysing to compare the PLM­DS technique and the PNIR results as accurately as possible.

Each of the 49 samples was scanned 5 times by both PNIR instruments, by placing the sample in contact with the nose of the PNIR and measuring for the fixed time of approximately 6 sec. A large proportion of the samples provided were smaller than the AS 9649 Standard recommendation of 10mm2 but the design of the instrument made it possible to make diffuse reflection measurements from the portion of the sample. The sample was relocated after each scan in order to cover as large an area of the sample as possible, this simulated ‘on­site’ analysis conditions and no additional sample preparation was carried out.

Results from the PNIR were reported on the device as the measured type of asbestos, but as the PNIR instruments are primarily used for detecting the presence or absence of ACM, results were converted to ACM present or NAD (No Asbestos Detected). Results were reported by averaging the 5 readings i.e. 3 or more of the same reading indicating the result. Table 1 shows the average results for each instrument compared to the PLM lab data 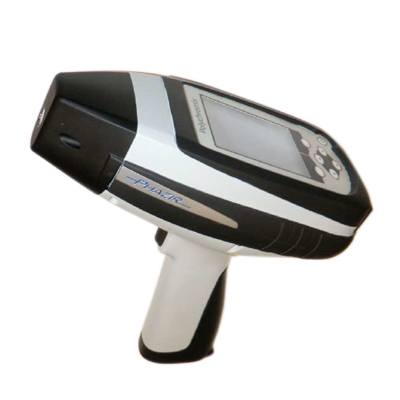 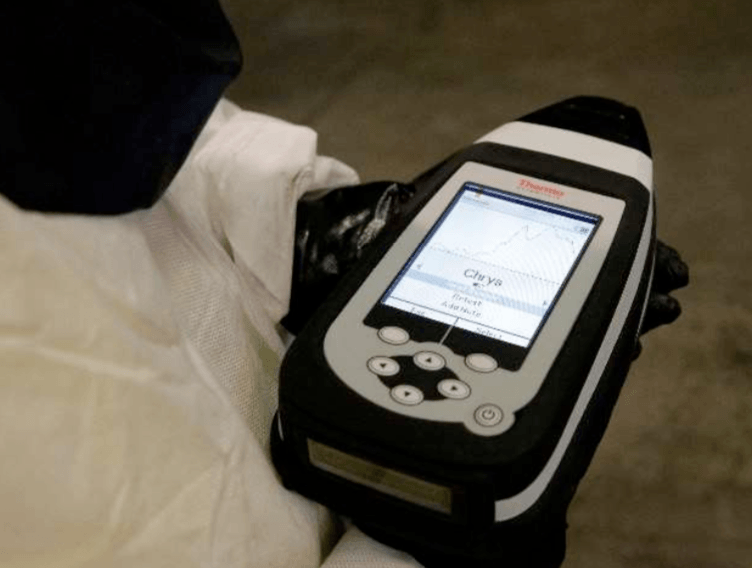 Thermo Scientific’s microPHAZIR AS can provide ACM identification in seconds 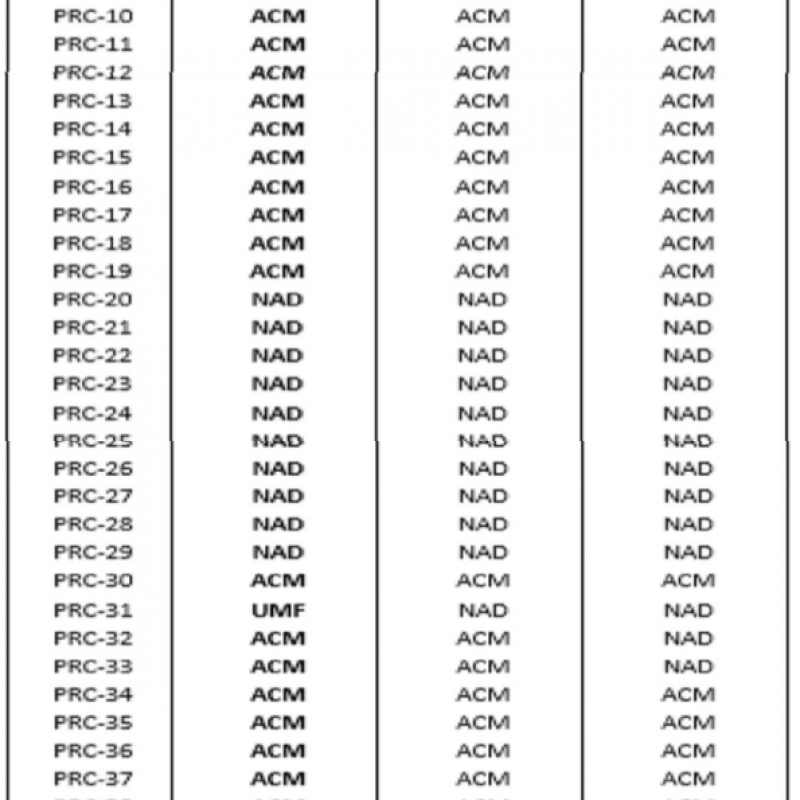 Table 1 Average of results or all samples

Based on the results obtained, it is clear that the microPHAZIR AS PNIR is able to consistently and repeatably measure a wide range of ACM materials.

The use of the microPHAZIR AS in the waste transfer, demolition, emergency response and other critical applications is highly beneficial to improving the safety and protection of workers and the public. 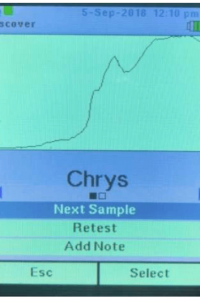 Note: For more details on this application note please request a copy of the PAS­ technical paper “PORTABLE NEAR­INFRARED SPECTROSCOPY (PNIRS) TECHNOLOGY FOR THE IDENTIFICATION OF ASBESTOS IN BUILDING MATERIALS’ by emailing sale@portableas.com 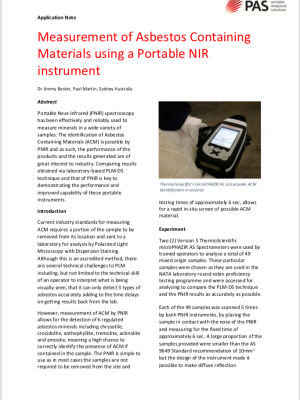 One of our experts will be in touch once requested to discuss further.